This is my last post as an MSP. It’s been an honour and a privilege to have been an elected member for 32 years, 15 as a councillor and 17 as an MSP. So thank you to everyone who made that possible and trusted me to represent them. During that time I have made many friends and I have worked with remarkable local people and local organisations. As a local councillor and MSP I’ve worked with communities right across Renfrewshire fighting to protect local services, and working to improve standards. My basic philosophy has always been to give our children the best possible start in life, and make sure that the most vulnerable in our society are supported and protected. I’ve been proud to see new schools across Renfrewshire and I was pleased when the current Renfrewshire Council administration reversed the cruel cuts inflicted on those with disabilities. As a Minister, I was involved in the decision to purchase the hospital in Clydebank for the NHS. I worked on changes to Family Law, and for stronger legislation to tackle knife crime and anti social behaviour. I’ve worked with asbestos sufferers and campaigned for a better deal for those who suffer from Huntington’s disease. I tried to change the law to give better protection to shopworkers, postal workers, bus and train staff and others who face violence and abuse when serving the public. Unfortunately this was rejected by the present Scottish Government. So as I sign off I have a feeling of satisfaction but also frustration that there is still so much wanting to be done. Finally can I put a plug in for our local press. We need vigorous and campaigning local newspapers prepared to hold those in power to account. This can be uncomfortable for politicians but without that scrutiny by our press our communities will be so much the poorer.

The council is protecting Renfrewshire

Councils are important to our local communities, and cuts to council budgets mean cuts to communities. Labour led Renfrewshire Council has shown what can be done in spite of the cuts if there is a political will. Because of Scottish Government cuts it’s had to postpone a number of projects which would have benefitted the community but what it has done is target its limited resources to best effect. Essential services will be protected. The charge for care services to the most vulnerable in our community will be cut. More will be spent on social care. Free public WIFI access will be provided in Paisley, Renfrew and Johnstone. £3.4m will go to fund a Living Wage package for all non-council care workers in the area. These are just a few of the initiatives in the budget revealed by Council leader Mark Macmillan. On top of that we have the good news that hundreds of families will have new kitchens and bathrooms fitted as part of £14m housing boost. Work also begins this year on the construction of 1,000 new socially rented homes in Renfrewshire by 2020. This massive investment in our area comes despite a 3.5 per cent funding cut from the Government at Holyrood. Renfrewshire Council is doing the best it can despite being the only mainland authority to be at the bottom of the funding table since 2010. Just think what could be done if Renfrewshire received a fair deal from the Scottish Government.
Posted by Hugh Henry at 08:26

Get it on time

Parkinson’s disease has been put in the spotlight a little more since comedy genius Billy Connolly was diagnosed with it. Some of the symptoms were clear in the most poignant moment of the National Television Awards when he made his way to the stage with slow, shuffling steps. It was also painfully clear from his stance and weakened left arm that Parkinson’s has him in its cruel grip like many thousands of others. So it was good to learn a little more about the condition when I met with representatives of Parkinson’s UK at the Scottish Parliament recently where they were putting their Get it on Time campaign in the spotlight. Medication is the main treatment for the disease so I was disappointed to discover that more often than not many patients get their medication at the wrong times. It can take weeks to stabilise someone’s symptoms and sadly some people never recover. If you would like help support this worthwhile campaign then please visit www.parkinsons.org.uk for more information.
Posted by Hugh Henry at 09:31

Thank goodness my wife and I don’t have to pay for childcare, although like most grandparents we’ve provided childcare for our grandchildren. But if you are a parent in Scotland who needs childcare, you are facing a situation where childcare costs are rising faster than the rate of inflation, and are outpacing rises across the rest of the UK. A recent report from the Family and Childcare Trust exposes the reality of the SNP childcare promises. In Scotland, only 13% of councils are able to offer sufficient childcare for parents who work full time. Contrast that to England where it’s 45% and Wales where it’s 40%. Some aspects of childcare in Scotland are the most expensive in the UK apart from London.

The SNP Government has halved the funding to build new nurseries at a time when the Trust has said that underfunding of free hours is pushing up childcare costs for everyone. Childcare needs to be flexible and affordable. Parents are being let down by the Scottish Government and the cuts to council funding are not going to help.
Posted by Hugh Henry at 14:34

I was delighted to hear RAMH, a charity that campaigns and works with those with mental health issues, is moving into the former Co-op in Houstoun Square in Johnstone. They plan to open their RAMH Lifeskills business selling pre-loved quality furniture and white goods bound for landfill for great prices which is a real boost for the community. When they were based at the former Cooperative in Paisley they raised an incredible £19,000 in eight months to support their fantastic work in Renfrewshire. It’s welcome news for the people of Johnstone and those struggling to furnish their homes in tough times. It’s also a real triumph for my two Labour colleagues Derek Bibby and Chris Gilmour who worked so hard to make this happen and secure the future of one of the buildings for the time being. Hopefully the move will breathe new life into the arcade and others will follow.

The Inspired Family and Youth Arts Festival taking place in Johnstone and neighbouring Paisley is great news for my constituents with eight weeks of fun scheduled. The festival is a programme of events and activities for young people to get involved with, and be inspired by, the arts. There’s dance performances, drama, exhibitions and free art activities suitable for early years until teens running right up until the 17th April 2016. Some highlights to look out for include interactive shows, performances from the Puppet Animation festival and a drama piece by local Renfrewshire actor Sita Pieracinni. And for the first time ever, Johnstone Town Hall will be hosting film screenings with popular films like Minions and Inside/Out being shown. For a full list of events and activities please visit www.renfrewshireleisure.com.
Posted by Hugh Henry at 08:39

The Scottish Parliament recently had the opportunity to consider a change to the law which would have allowed a “soft opt out” system for organ donation. A soft opt out allows people to say they don’t want their organs donated after death, otherwise they can be used. It’s estimated that in Scotland hundred of lives each year could be saved. The Bill was defeated by just three votes. The scandalous issue was that 24 SNP members, including George Adam, voted against the Bill, despite signing a motion in favour of such a system. The SNP Government claims to support the principle and yet all we were doing at Stage 1, when the Bill was defeated, was voting on whether we agreed with the principle. If the SNP felt the Bill wasn’t adequate, changes could have been made at Stage 2 when the details are considered, after all the Scottish Government has done this with other Bills. The suspicion is, shockingly, that the SNP voted against because it was introduced by a Labour MSP and they wanted to introduce a Bill themselves at a later date, even though lives will be lost in the meantime. The evidence for this comes from an SNP backbencher who actually voted for the Bill, against his own Government. He tweeted that some on the SNP benches were put off because Labour MSP Jackie Baillie closed the debate. This is disgraceful. The Daily Record recently carried a moving article from the husband of someone who suffers from cystic fibrosis and who at some point may require a lung transplant. He makes it clear he is not a Labour supporter. He cannot understand why the SNP played party politics with the lives of people desperately needing an organ transplant. This episode marked a new low in the Scottish Parliament. Shame on the SNP and shame on the Scottish Parliament for allowing party interests to come before the interests of the public. It’s decisions like this that make me relieved that after May, I won’t have to be part of such a cruel charade. 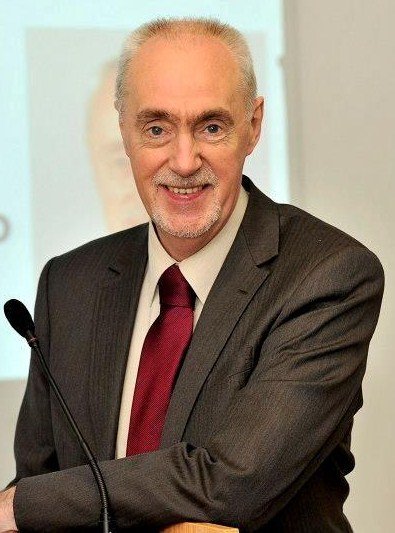 Hugh Henry is a Scottish Labour politician first elected a Member of the Scottish Parliament in1999 when he represented Paisley South. He was appointed Deputy Minister for Health and Community in 2001and moved to Deputy Minister for Social Justice in 2002. He became Deputy Minister for Justice after the Scottish Parliamentary Elections in 2003 and Minister for Education in 2006. Hugh collected the Scottish Politician of the Year award in 2010 and won the newly created Renfrewshire South seat in 2011. He was raised in Erskine, Renfrewshire and educated at St Mirin's Academy, Paisley, at the University of Glasgow and Jordanhill College in Glasgow. He has worked as an accountant, a teacher and as a welfare rights officer. He was a local councillor from 1984 until 1999, including four years as leader of Renfrewshire Council. He is married with two daughters and a son.